Can't find what you're looking for?
Contact us directly.

The layout of this dashboard is as follows:

The Organization Import Tiles report shows whether the HOD IT environment is connected to the iDialogs Maps system and when the last sync occurred. If there is an issue with the connection status, these indicators turn red.

This report also shows the number of successful and unsuccessful imports in a selected date range. HOD is supposed to sync with iDialogs every 15 minutes. If you see that the Last Sync is earlier than 15 minutes ago, this is a potential problem that needs to be reported following the process described in this document. 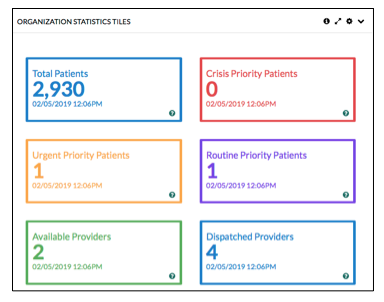 The Organization Import Processes report shows a history of the recent imports from HOD. It shows the date and time of each import as well as how many new accounts (patient or provider) were added during the last sync. 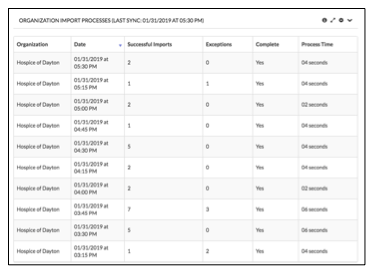 The Organization Imports report shows how many new patient or provider accounts have been imported into iDialogs on a particular calendar day, and how many of those imports were successful. Imports that have an exception usually have an error with address recognition.

This report shows the addresses that did not resolve in iDialogs. Issues can be fixed by updating the addresses in NetSmart so they will re-import into iDialogs correctly.

Confidential -- Do not circulate without permission.